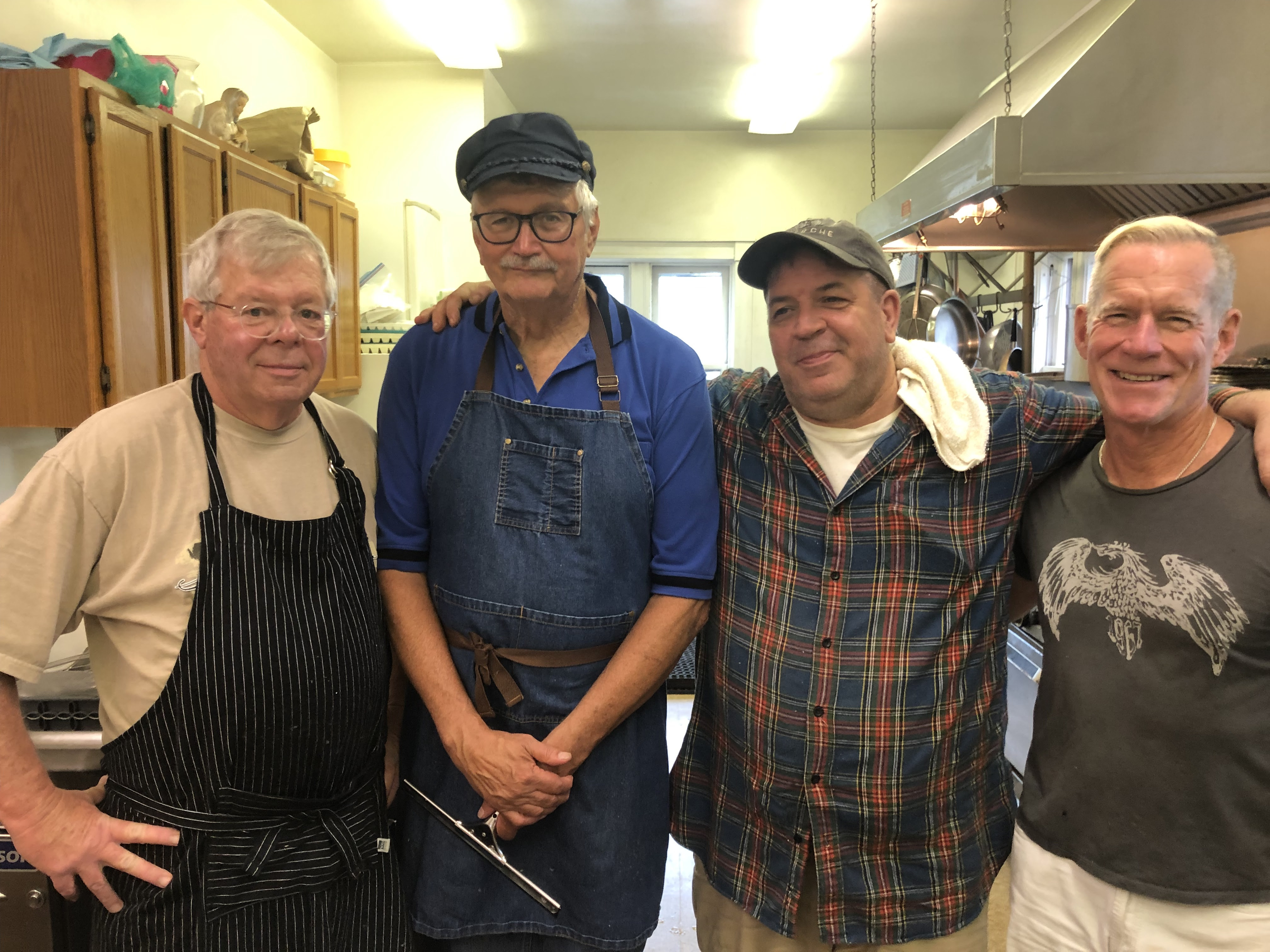 Chef Jamie Parry prepared his last meals for the Columbia County Recovery Kitchen on Wednesday, December 14. “I worked seven days a week for almost three years, so I just need to rest.”  “But I’m leaving the kitchen in capable hands with Tommy,” said Parry, referring to Tommy Carlucci. “I’ll be guest chef now and then to help him out.”

“We were only making 70 meals a day at the Salvation Army,” he said. For two chefs that wasn’t exactly practical. He knew that they could do more and through mutual friends, Carol Clark and Pam Kline, founders of CCRK found them and asked if they were interested in creating a kitchen, he said. They were.

Since then, the CCRK has delivered over 70,000 nutritious and delicious meals to residents of Columbia County, where 11.5% of families and individuals are food insecure. Is it different cooking for those in need rather than restaurant customers? “It’s more like family meal,” said Parry, referring to the meal prepared by the chef and eaten by the kitchen and service staff before a restaurant opens.

“CCRK receives produce and protein donations from farms all across the area and that brings me back to the roots of why I cook,” said Parry, referring to the amazing ingredients he uses to make the almost 1100 weekly meals produced with love in the kitchen of the Christ Church Episcopal of Hudson. “I try to make very simple, well-seasoned and good food,” Parry says about the meals he and his dedicated team of volunteer kitchen workers produce.

Parry threw praise to other organizations in Columbia Country who fight food insecurity as well. “I know that JJ and company over at the West Taghkanic Diner put out meals on Tuesdays and Wednesdays. Little Deb’s Oasis has a little refrigerator out front and even Christ Church has a very small free open food pantry.”

“I just want to thank everyone at Christ Church Episcopal, all the volunteers and all the farmers and distributors. I have worked with some of the volunteers since day one and they make this possible. I mean, I just came in and did what I know how to do.”