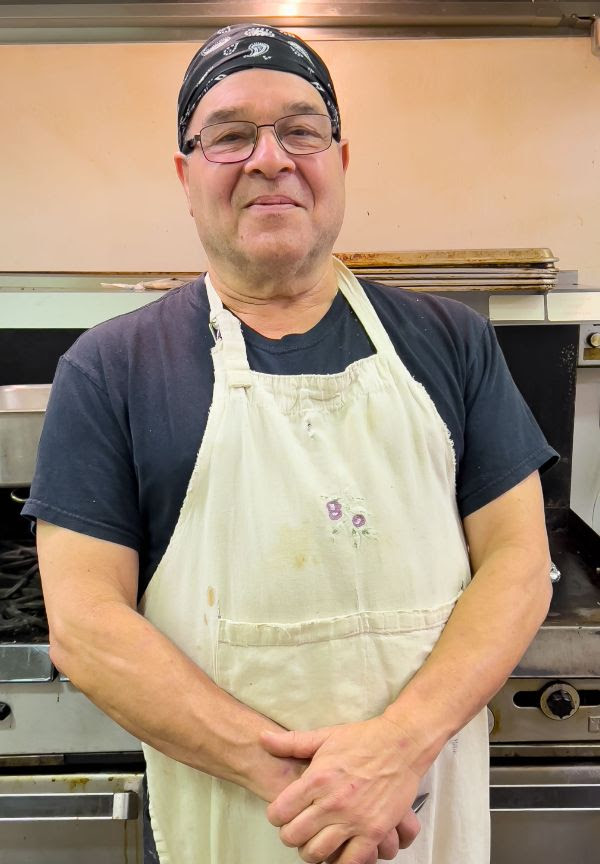 After splitting responsibilities with Chef Jamie, Tommy is now is taking over the CCRK kitchen and leading the preparation of 1100 meals every week. Here are some things you should know about him!

He got his start working at Tom’s Luncheonette, his father’s establishment in New York City.  After moving to Spencertown, Carlucci headed kitchens at the now closed fine dining establishment, Quintessence, in Albany, Chatham’s Blue Plate, Hawthorne Valley and most recently the Chatham Food Coop.  His catering business, Carlucci Catering, did events for such diverse organizations as Art Omi, the Columbia Land Conservancy and the Spencertown Fire Department.

Carlucci came to cooking during what he calls his “Kerouac years.” He was on the road for several years, “running towards something, not away” he says, and realized that cooking allowed him to work anywhere.  Despite his years of experience in the kitchen, Carlucci says: “No one can call me a chef.  I am a cook”

“My goal at CCRK is to do restaurant quality meals, “he says. “I try to rotate meals so each week recipients receive a different dish than the week before. I also try to get feedback. For instance, the Hudson Youth Center gets eighty meals on Monday but we never send fish!”

He is also reviving his catering business, now called Thomas Carlucci Catering, but intending to restrict it to small events.  “I have one job now,” he says,” I grew up in a Bronx neighborhood of Italians and Jews where everyone would want to feed me.  Food was love and that’s how I feel about this job.”